How Does Railway Electrification Work? 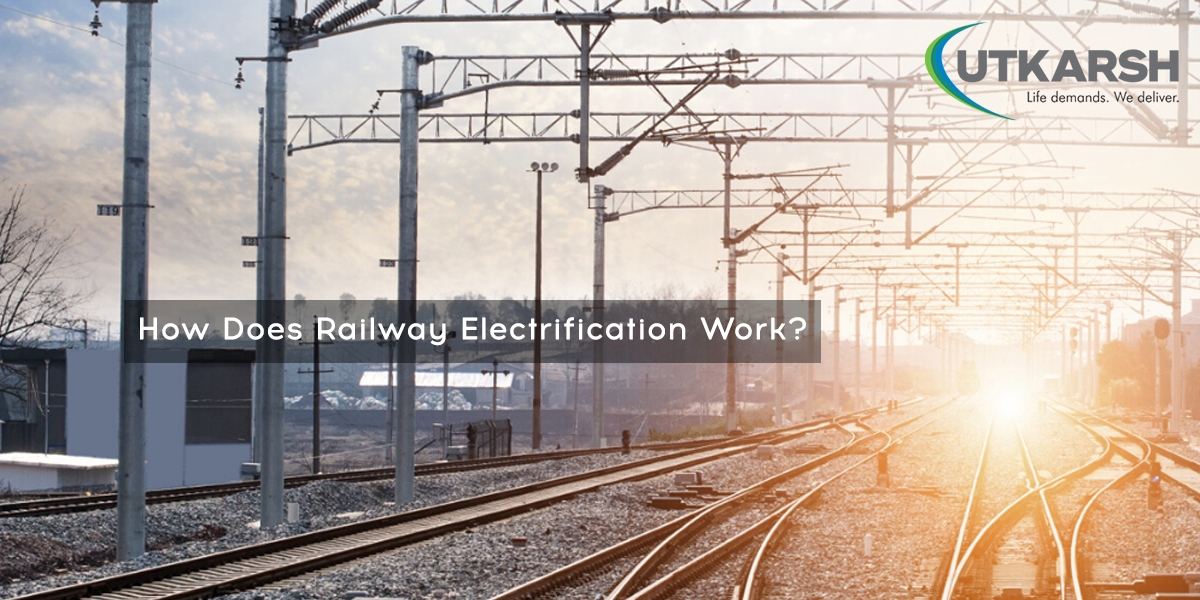 The purpose of the railway electrification system is to supply electric power to trains and trams. Electricity is typically generated in large and relatively efficient generating stations, transmitted to the railway network and then distributed to the trains. Power is supplied to moving trains with the help of a continuous conductor running along the track in the form of an overhead line or a third rail which is mounted at track level. Electrified trains feature quicker acceleration, reduced fuel costs, emit less amount of CO2 and are much lighter, meaning they create less impact on tracks.

Railway electrification structures are used in Indian Railways as a powerful measure to achieve cost-effectiveness. Electric-powered trains have a number of advantages over diesel engines –

·        As per many trusted reports, electric traction is cheaper by about 45% for freight traffic and about 47% cheaper for coaching traffic when compared to diesel traction. Electric trains can save energy by regenerative braking while diesel engines need to consume energy when stopped.

·        Electrical traction can use solar and wind energy sources. Regenerative energy that is produced in Three-Phase Electrical rolling stock during the braking of trains, results in saving in energy consumption by about 30%. In a study conducted by The Energy and Resource Institute (TERI), electric traction is about three times more energy-efficient when compared to diesel traction.


You May Like: Applications and Benefits of Using High Mast Lighting

·       Maintenance costs of electric lines may be on the higher side, but many systems claim lower costs due to reduced wear-and-tear because of the lightweight of the trains.

·       Electric traction improves the throughput and section capacity by about 15%, as it enables haulage of heavier freight and longer passenger trains at a higher speed.

·       Electric traction is more economical and plays a crucial role in improving the operating ratio.