PVC (Polyvinyl Chloride) pipe is widely used for the purpose of supplying water in irrigation, drainage of soil & waste in buildings, conduits for electrical wires & industrial chemical transportation. In some cases, PVC pipes are also used as water supply pipes in buildings.

CPVC (Chlorinated Polyvinyl Chloride) pipe has been used extensively in fire sprinkler systems since 1985. This material is also used for many industrial and process piping applications as it is corrosion-resistant, easy to install, has superior mechanical strength and long service life.

To start with, the primary difference between CPVC and PVC pipes is the range of temperatures each is capable of resisting. CPVC can handle temperatures up to 200° Fahrenheit, while PVC can maximum go up to 140° Fahrenheit. If the temperature exceeds what’s mentioned, both CPVC and PVC will begin to soften, increasing the risk of joints and pipes failing, and therefore lead to a failure of the plumbing system.

Other major differences between PVC and CPVC pipes are –

• PVC and CPVC are inherently inert to most acids, bases and salts, as well as aliphatic hydrocarbons. This can extend their service life often for years or decades longer. Chemical resistance is a clear advantage for both CPVC and PVC. Though, it must also be noted that there is a difference in sulfuric content in both the materials and that makes CPVC slightly superior to PVC.

• CPVC and PVC pipes have the same pressure rating at 73°F (22.8°C), but it must be noted that as the temperature increases, CPVC maintains its pressure rating better than PVC. While PVC can still be used for applications with pressure at 130°F (54.4°C), the material can withstand significantly less pressure at high temperatures (above 73°F) than CPVC.

You May Like: The Difference Between CPVC and UPVC Pipes

We hope that this article has helped you to understand the differences between PVC and CPVC pipes. With that being said, Utkarsh India is one of the leading CPVC and PVC pipe manufacturers in India with over decades of experience in the piping industry and we are highly respected in the government as well as infrastructure sector for our passion and commitment to contribute in the process of nation-building. We also source our raw materials from some of the leading producers.

So if you are looking for superior quality CPVC pipes or PVC pipes in India, we at Utkarsh India have got you absolutely covered. Our CPVC pipes and PVC pipes undergoes various tests which the Tensile Strength Test well to ensure their toughness, strength and rigidness. 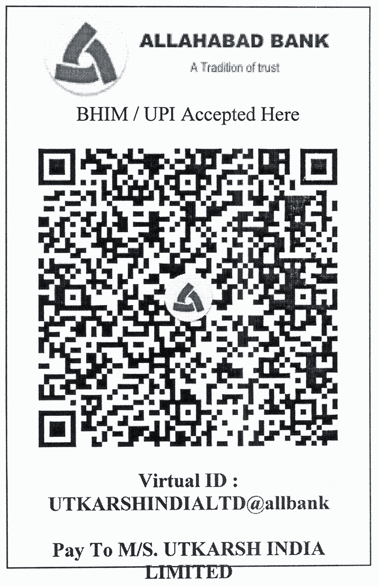